It is possible to produce about 120,000 tons of corn oil every year from the 54 million tons of corn produced in the country, with a market value of about 4 thousand crore rupees. The essential fatty acids in corn oil, especially linoleic acid, control high blood pressure and blood cholesterol levels and reduce the risk of heart disease.

The vitamin K present in corn oil acts as an antioxidant. Realizing the nutritional value of maize oil as edible oil, the Bangladesh Wheat and Maize Research Institute (BWRI) succeeded in conducting experimental research on a plan to produce oil from maize to reduce pressure on other oils, including soybeans.

This has created opportunities for mass consumption of maize oil in the country in the future. Efforts are being made in the country to involve entrepreneurs in the commercial production of cornflakes and corn oil.

Bangladesh Wheat and Corn Research Institute Scientific Officer. Mohammad Rezaul Kabir said that maize is a new potential crop in Bangladesh. The soil and climate of Bangladesh are favourable for maize cultivation. Maize is also getting good yield in the saline lands of the southern part of the country. Maize cultivation is also gaining popularity among farmers.

Most of the maize produced in the country (95%) is used as animal feed, poultry feed, and fish feed. However, lately, corn and sweet corn (5%) have become very popular as human food. In the developed world, from corn to starch, ethanol, biofuels, There are more versatile uses, including oil production.

At present, around 52 countries of the world produce and use high-quality edible oil from maize. Corn oil is healthy and nutritious. It does not contain any meat or sugar, it is 100 percent fat. Which has higher nutritional value than other oils.

Where and how to use

Bangladesh Wheat and Corn Research Institute Director-General. Md. Eurail Hossain and senior scientific officer. Md. Mujahid-i-Rahman said that the efforts to change the diet have been continuous since ancient times in the changed world situation. Maize cultivation began in Mexico about ten thousand years ago and has been used as a staple food in many parts of the world.

In Bangladesh, maize is second only to paddy and wheat. Maize is more nutritious than rice and wheat. With the increase in demand for maize, the amount and production of land for maize cultivation is continuously increasing. The total cultivable land and production of maize in the country in 2008-09 was 1.64 lakh hectares and 11.36 lakh metric tons.

Which increased to 5.544 lakh hectares and 54 in the 2019-20 fiscal year respectively. It stands at 025 lakh metric tons. Maize is used in 85% of animal feed and at least 10% of fish feed. Due to the presence of an adequate amount of nutrients in maize, the acceptance of maize as food for livestock and fish is increasing day by day. Adding maize to the daily diet can undoubtedly contribute to the food and nutrition security of the people of the country.

Corn kernels are mainly taken as food. Corn contains almost everything from different food ingredients. Maize contains various plant chemical compounds which are beneficial for human health. There are more than 100 foods made from corn in different countries of the world, of which about 72 are staples, 15 types of drinks, and more than 12 are known as breakfast foods. In addition, there is no pair of different types of food ingredients.

A source at the Bangladesh Wheat and Maize Research Institute said, No research on corn oil has been started at the institute here. However, Nasir Starch, Oil and Animal Feed Industries Limited, a private company in Mirzapur, Tangail, is taking an initiative in this regard. Last Saturday, the Minister of Agriculture. Md. Abdur Razzak visited an institution. At this time, the director-general of the Bangladesh Wheat and Corn Research Institute. Md.

At this time, the Minister of Agriculture. Razzak said that like developed countries, Bangladesh also has a lot of potentials to produce oil from maize. If we can produce maize oil commercially by setting up factories in the country, on the one hand, the import of oil from abroad will decrease and on the other hand, the domestic production of oil will increase.

Entrepreneurs will benefit the farmers of the country. Besides, it will help in ensuring the nutritional security of the people of the country. The Agriculture Minister also urged the entrepreneurs to come forward in maize oil production and assured cooperation in this regard. 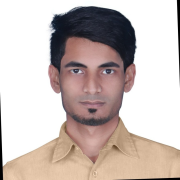 How to Plan Travel Budget with Spirit Airlines

How to print good quality custom stickers in Australia?

Mention Some Delectable Flavors To Combine With Coffee Cakes

What is the secret behind a good fried chicken?