Bhutan is one of the world’s most serene and attractive tourist destinations, known for its panoramic Himalayan views and stately Buddhist monasteries. Bhutanese monasteries are position away from the hectic and crowded towns, providing visitors with a peaceful excursion that will rejuvenate their minds and souls. Bhutan is a popular destination for visitors interested in learning about a country’s history.

While you travel to Bhutan with Norbu Bhutan Travel, you will notice that Bhutan is home to numerous wonderful monasteries, ranging from the iconic Taktsang Monastery in Paro to the incredible Tango and Cheri Monasteries, all of which have fascinating histories and legends to tell. To have the most fun and memorable experience, tourists who intend to visit notable monasteries in Bhutan should do so during one of the country’s festivals. If you want to get spiritual tour these are the best places to visit in Bhutan for tourist.

The Tiger’s Nest, or Taktsang Monastery, is one of Bhutan’s most famous monasteries, positioned 3,120 meters above the Paro Valley on a sheer cliff edge. The monastery is only accessible on foot after a two- or three-hour trek through pine trees and mountains.

The climb, however, is worthwhile because you will be reward with panoramic views of the surrounding stunning emerald mountains and valleys, as well as the opportunity to see vividly colored prayer flags indicating protection and good luck once you reach the peak.

Punakha Dzong, often known as “The Palace of Great Happiness,” was the country’s capital until the early twentieth century. Bhutan’s second oldest and largest dzong, with magnificent interior decoration and intricate embellishments such as murals, carved woodwork, and paintings.

Due to the region’s mild climate, Punakha is Bhutan’s winter capital. The chief of the clergy and his entourage of monks spend the winter at this dzong. The dzong is border by jacaranda trees, which bloom in the spring with mauve flowers. Punakha is also home to Bhutan’s longest suspension bridge (Punakha Suspension Bridge) and the Divine Madman’s fertility temple, Chimi Lhakhang.

Kurjey Lhakhang is one of Bhutan’s most historically significant monasteries. Guru Rinpoche is report to have left his imprint in the cave temples of the monastery. This is also where Bhutan’s first three monarchs are buried. A tall cypress tree near the main temple represents Guru Rinpoche’s walking stick.

The second temple, which holds a sacred shrine, was built in 1900 by Bhutan’s first monarch, Ugyen Wangchuk, while he was the Penlop of Trongsa. The main draw here is a ten-meter-tall statue of Guru Rinpoche, complete with his eight forms.

The complex’s third and most recent temple was dedicate in 1984 under the patronage of Her Majesty, the Queen Mother, Ashi Kesang Wangchuk. She was also responsible for the placement of 108 chortens throughout the complex and other elements such as paved temple courtyards and a giant wheel of life on the compound’s porch.

These are the three most famous monasteries in Bhutan for healing the mind and soul. It is undeniable that Bhutan has some of the most spiritual settings globally, where visitors from all over the world come to be renew. Book your trip to Norbu Bhutan travel today and join us in experiencing this place of pleasure. You will be get  assist from skilled services and guides who will guide you completely. You may also visit our website for more information on how and where to spend your vacation. 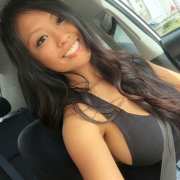 What are indoor fountains?

Using tie material and window on the packaging box

5 Best Reasons To Visit Kochi, The Beautiful City Of Kerala

Travel Guide To Goa: Best Time To Visit And Places To Visit In Goa